The Whitstable Society will host a ward hustings for Gorrell Ward at 6.30 PM on Friday 24th April at St Johns Methodist Church in Argyle Rd. END_OF_DOCUMENT_TOKEN_TO_BE_REPLACED 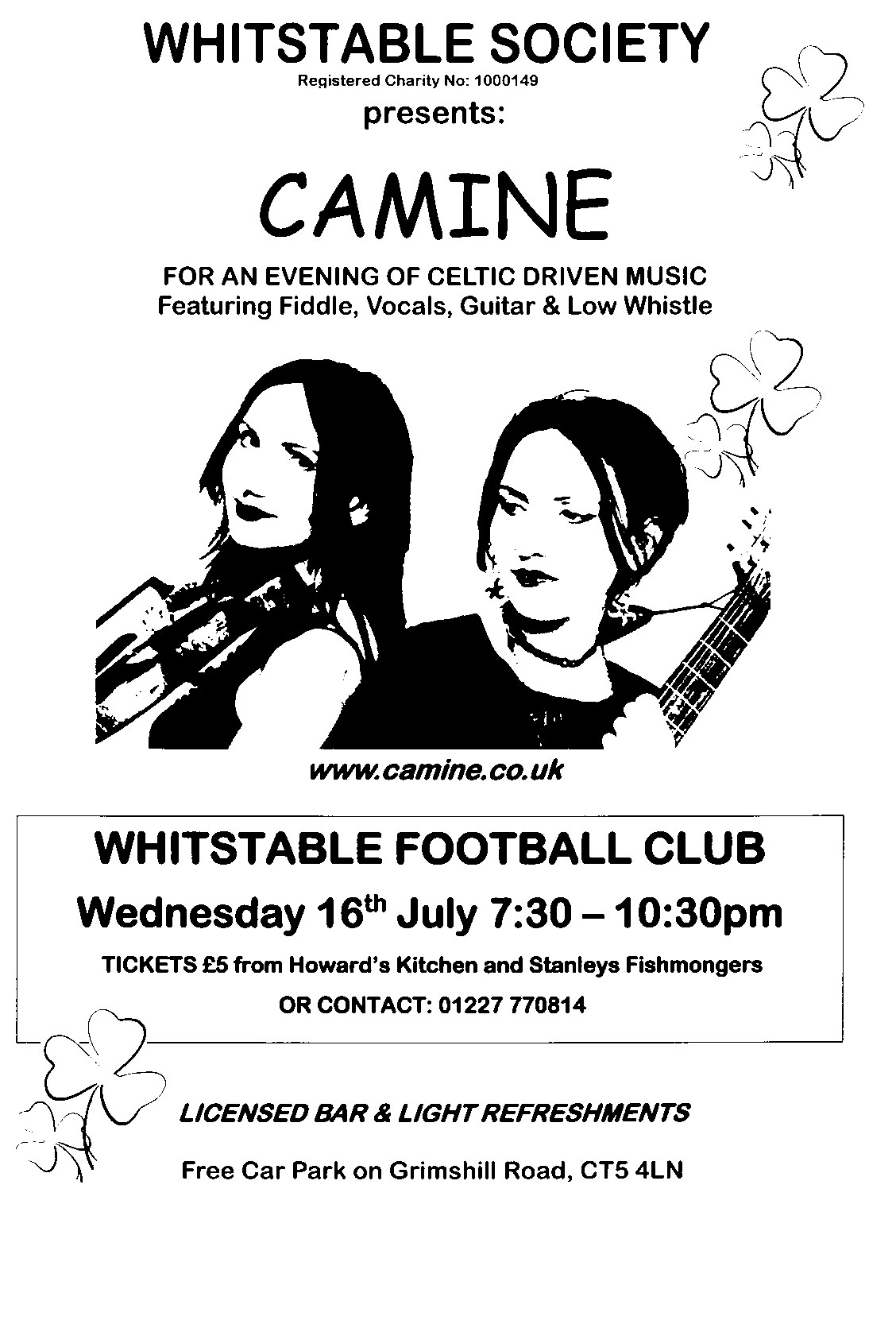 The 2014 AGM took place at the members meeting on the 19th February.

The details can be seen on the News page of this website, a couple of minor changes to the constitution were approved and the amended version can be accessed from the About Us page.

Subs are now due for next year – a renewal/application form can be printed from this website on the membership page.

CAMPAIGN FOR LOCAL DEMOCRACY: SHOULD WE CHANGE THE GOVERNANCE SYSTEM IN THE CANTERBURY DISTRICT?

Invitation to a meeting
This is an invitation to an important meeting which is taking place at 7.30 pm on Wednesday 5th February. It is going to all residents’ groups and parish councils in the area, and we hope you will pass the invitation on to your members.

The meeting is being organised by the Canterbury Society on behalf of the Campaign for Democracy in the Canterbury District, which is a broad coalition of local groups concerned about the current way of running the Council.

Why is the meeting taking place?
There are two main ways in which Councils can work. Canterbury City Council has what is called a ‘Strong Leader and Executive’ system. This was adopted in 2002 when the government of the day made all councils choose between this and an elected Mayor. The aim was greater efficiency, but in practice it seemed to some residents that many decisions were being made by a small group of councillors without wider consultation.

The present government, in the Localism Act of 2011, gave councils the option of changing to another way of working, the ‘Committee System’. In this the Council forms a number of committees, each responsible for a particular area of interest. The committees make recommendations to the Council and more councillors are involved in making each decision. Some councils in other parts of the UK have already chosen to adopt the committee system.

What will happen at the meeting?
The meeting on 5 February will provide an opportunity to discuss the pros and cons of the two systems and to decide on future action. Speakers will include:
Richard King, former Chair of Kent County Council, who will discuss the options
Individuals who will present the case for the Executive and the Committee systems

The public discussion at this meeting will inform the views of the committee of the Campaign for Democracy in the Canterbury District. If there is support for change, this group will lead in organising a petition and a referendum to find out what system the residents of the Canterbury area would like.

When and where?
The meeting will take place at 7.30 pm at the United Reformed Church Hall in Watling Street in Canterbury (note change of venue from earlier publicity). So do come along to express your opinions and to hear what others think. Refreshments will be provided and everyone will be very welcome.

Please note that we have an additional meeting this month which will be held on 27th November at The Community College, Belle Vue Road, starting at 7:15pm.

We have arranged for Anne Barnes, Kent Police Commissioner to speak and take questions. The meeting will be open to the public, hence the change from our normal venue of The Castle.

This meeting is open to all, the venue has a large seating capacity and is on the ground floor. It will be an opportunity to raise any relevant questions or concerns that you may have relating to policing issues.

We look forward to seeing you there.

There will be produce on sale and a woodcarver amongst other activities and it will give the public a chance to see what the garden is all about and meet those involved.

They also have a Facebook page – Stream walk community garden Whitstable. (Bear and Alan were our speakers at last nights members meeting).

Dog Control Orders: the WS has submitted this request

‘We request that the dog control order is extended to the end of Tankerton Promenade where the promenade exits through the sea wall near the Continental Hotel; so dogs in the season are banned from the beach there and must be on a lead on the promenade.

This section is as busy if not more so that the middle section currently covered by the dog control order with large numbers of people(often picnicking), cyclists and especially children playing who are most vulnerable to being frightened by dogs’ beach activity and affected by their waste products: the deposit of which on the shingle is inevitable from some off-lead dogs . The western section also has the approaches to The Street where dogs are antithetical to the use of this famous attraction.

The dog control area ends where it currently does at the western end for no logical reason other than , we are told by officials, that this was the point at which the area ends for which the Council was seeking a beach award.

West of the Continental, the beach becomes utilitarian with water craft landing and launching and no promenade. This is an area where dogs can be given more freedom for their swims and frolics on the beach itself without disturbing people for that beach is hardly used for the rest and recreation that typifies Tankerton Slopes promenade and beach. Dog owners can also take their dogs to the eastern end of Tankerton Slope’s promenade. Given the length of typical dog walk, a walk will likely take in one or both of such non-dog control areas.

Foreshore and CCC highways departments advise that they support extending the dog control area as proposed. In the case of highways, they consider dogs off leads are not consistent with a pedestrians/cyclist track (ie the promenade) especially when busy. Indeed the creation of an official 24/7 shared track increases the strength of argument for extension of the dog control order over the short western part not currently covered.’

At this weeks meeting on Wednesday 19th June 2013 the topic is the Draft Local Plan.

In the light of events at recent meetings in Canterbury relating to the Plan, we draw to the attention of all members and other attendees of our meeting the following code of conduct.

Conduct of Meetings Regarding Interests

Meetings or parts of meetings on any planning matters are held to uphold the interests of Whitstable, whether development affects and/or can be seen by large or a small numbers of people (the objective). Meetings to decide policy must not be dominated by speeches from one lobbying group to the exclusion of contrary or middle-ground viewpoints; especially. On pecuniary matters, the WS is not authorised to hold court for the interests of property owners re matters which simply affect the value of that property or for landowners or developers unless they are invited to speak to aid the overall objective (eg by explaining advantage for Whitstable).

If it becomes clear that a meeting is packed by people from one lobby group, the chair of the meeting reserves the right to halt contributions from people from one point of view so as to ensure fairness to other speakers wishing to make their views clear; just as effort is made to ensure less forward contributors get the chance to air their views.

We expect members to advise if they are personally affected by an issue (eg a development may block a view from a garden, a non-planning argument) as this may bias their views. It should be noted however that the WS does assist where development affects the interests of one or more people if there is unfair/unbalanced planning process/practice involved (eg a commercial unit threatens to take away light from a garden). This is consistent with our objectives and role as Official Planning Consultee for Whitstable.